The origins of this body of work, an iterative stage I call ®igins, was concerned with engaging iconography and thus semiotics, cultural production, design discourses, and copyright laws/structures of power. This work first consisted of a practice that involved the free downloading of 3D models so as to manipulate in animation software then producing renders that expressed various conceptual frameworks I was using at the time. Putting this practice into context led me to also try to frame the new mediums I was working with at the time.

These studies yielded a number of iterations of a particular concept. This concept involved the aligning an extruded 3d model of a ® symbol with the projectile output point of a firearm. It was my attempt at visually expressing the structure of power involved in the copyrighting of visual icons (corporate logos in particular).  ®igins also led to performance and activated works like Stamp Act and En Vivo!  For further documentation of these works refer to ®igins.

At the same time these works were being made physical with limited access to a CNC machine and an industrial DLP 3D printer that receive files deriving from ®igins. At this stage my physical production was intended to be realistic representations of these concepts; in terms of materiality, finish, functionality, etc. None of these plans involved the functionality of a firearm-for instance Western Branding was to be a functioning iron cattle brand. That subversive approach to functionality continued on in this body of work and evolved in the activated works listed above. What is also to be understood contextually at this stage is that this was before desktop 3D printing took off generating the controversies over 3D printed firearms and developments in affordable software to prepare models for printing.

It was with all those developments that this project took off. The massive dialogue that developed around firearms was add odds with the framework I was constructing. These developments allowed me to physically produce work faster, though design work still relied on open source processes and the intuiting of sculpture to prepare models for machining without high end engineering software. It was a watershed time for technology and culture. In the end I wanted to mediumistically own this moment as well as I was studying the aesthetics of the first wave of desktop FDM printers. I chose to present these in a manner where signifiers were there of the process as a way to aesthetically situate them historically.
Bad Brains, h(i)German Design, Western Branding, NUKS, and the controllers were major outputs of this latter process. Bad Brains had ended up in Ferguson, MO for the protest show Hands U, Don’t Shoot: Artists Respond. It ended up not being shown over fear of controversy. The online Journal 3D Printing Industry published an article on this body of work in 2015. 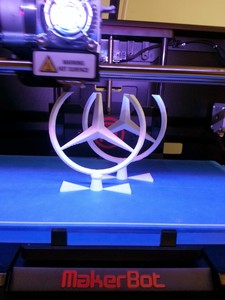 ®igins + Process
This is how it all started. 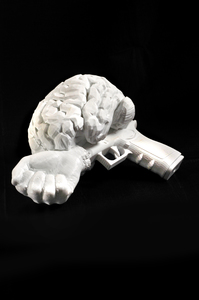 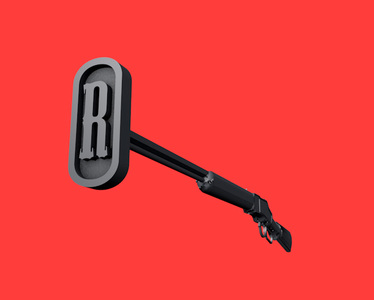 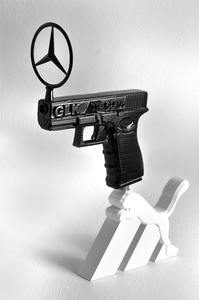 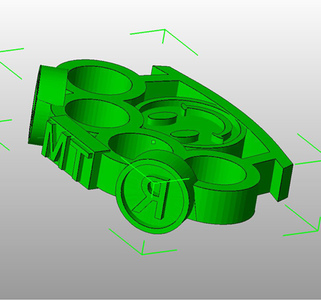 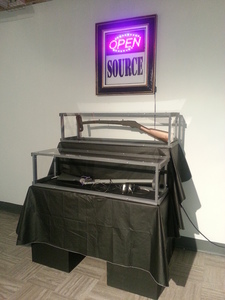